What Are Strong Retail Sales Really Telling Us? | The Salesmark 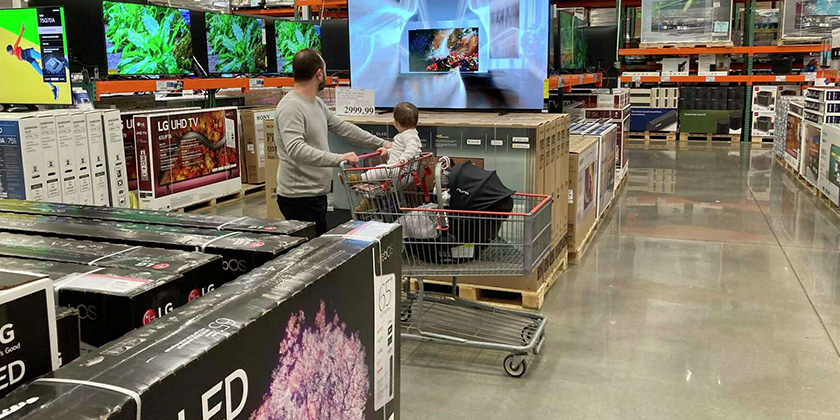 American consumers are in a sour mood, but they haven’t stopped spending money. The problem is they’re spending money they don’t have. And they’re getting less for it.

Consumer sentiment has dropped to the lowest level in more than a decade. The University of Michigan’s sentiment index plunged to 59.1 from 65.2 in April. Inflation is a big worry, with consumers expecting prices to rise 5.4% over the next year.

So, Americans are worried. But a lot of people are spending money to ease the pain.

The mainstream press trumpeted this as good news and a sign that the economy is strong. They say Americans are spending more “despite” rising prices.

Americans are spending more because of rising prices.

Americans aren’t buying more stuff. They’re simply paying more for the things they’re buying. An 8.3% annual rise in CPI means the entirety of the rise in retail sales is accounted for by rising prices.

Since retail sales are expressed in dollar amounts, they reflect both units sold and rising prices. That means there are two ways retail sales can go up.

In other words, just because dollar widget sales increase doesn’t mean people bought more widgets. It could be that they bought fewer widgets but paid more for them.

This is exactly what’s happening in many retail sales segments.

How Are We Paying for All This?

Average hourly earnings have risen by 5.5% over the last year. But factoring in rising costs, real earnings are down 2.6%. Real wages fell another 0.1% on the month, despite a 0.3% increase in nominal wages.

So, how are Americans paying for this spending spree?

They’re dipping into savings and they are putting it on their credit cards.

US credit card debt now stands at just under $1.1 trillion and is fast approaching all-time highs.

Not only are credit card balances growing; consumers are trying to find ways to borrow even more. According to Fed data, Americans opened 229 million new credit card accounts in the first quarter. That was higher than pre-pandemic levels.

It appears Americans have taken on an “eat, drink and be merry for tomorrow we die” attitude. Interestingly, there was a big 2.0% increase in sales at restaurants and bars last month. We’re worried about the future. Why not live it up now?

But the future is coming. And with it depleted savings, looming credit card limits, and a continuation of rising prices.

This is simply not a sustainable trajectory, no matter how the mainstream press tries to spin it. The question is how much longer can over-indebted consumers keep paying these upward-spiraling prices? Especially given the fact that the Fed is now raising borrowing costs?