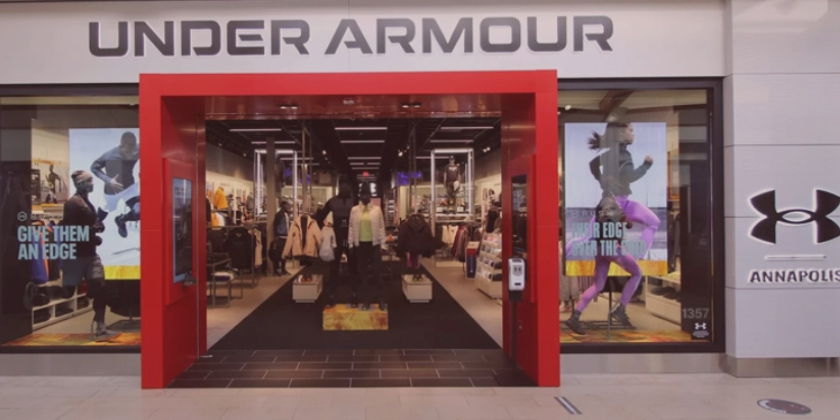 Under Armour said that freight costs, capacity issues, supply chain delays, and growing disruption from COVID-19’s spread in China will likely weigh on its performance through its coming fiscal year, according to a company press release.

The company’s fiscal year guidance includes a haircut of three percentage points from its revenue growth estimates of 5% to 7%, based on strategic order cancellations tied to supply chain issues.

Revenue was up 3% year over year to $1.3 billion in Under Armour’s quarter that ended March 31. The sportswear brand racked up a $46 million operating loss.

There is no let-up insight into the supply chain troubles plaguing retailers and brands. At Under Armour, the company is working with vendors and customers to cancel planned orders affected specifically by supply chain delays, capacity issues, and “emergent COVID-19 impacts in China,” where the pandemic has brought Shanghai to a standstill this year and disrupted other cities, including Bejing.

The supply chain is also weighing on Under Armour’s profitability, with the company projecting margins to be smaller by 150 to 200 basis points compared to last year in part because of freight and product inflation.

On a conference call, Under Armour Chief Financial Officer David Bergman said that freight costs remain the biggest headwind, with ocean freight costs significantly higher than previously expected for the current quarter and not much relief in sight for the year. The company also had to increase its use of air freight during the quarter, making for more loss to gross margin.

The hit to gross margins in the quarter — which was also driven by channel mix and currency fluctuations along with cost inflation — Under Armour was able to partly offset with 120 basis points in “pricing improvements,” Bergman said. That includes higher prices in the brand’s off-price channel and fewer promotions in its direct-to-consumer channel.

As for the cancellations and other issues related to COVID-19 in China, executives said they expect them to lighten as the year unwinds. All of the planned order cancellations are related to supply issues and not demand, CEO Patrik Frisk said on the call.

The supply chain challenges have broader, indirect effects on the industry as well. “Everybody’s inventory is coming in in a somewhat disjointed fashion,” Frisk said. “You could say that in general it’s been hard in our industry to get the right stuff to the right place at the right time. We might have stuff that you can get into the channel, but it’s not necessarily always coordinated.”

Under Armour’s quarter fell short of analyst expectations, and its annual guidance also disappointed analysts. Telsey Advisory Group analysts said that both earnings and guidance “put into question the progress the company made last year on improving the brand and profitability.”

Noting a decline in inventory levels for the quarter, B. Riley Securities analyst Susan Anderson said that Under Armour’s inventory may be too lean. “We believe that leaner inventory levels, especially as companies see elevated in-transit inventories, could be a driver of the topline growth miss due to not having enough inventory to fulfill demand,” Anderson said in a research note.

As for the guidance disappointing Wall Street, Wedbush analysts pointed back to 2021, with management issuing conservative estimates and then beating them regularly. “Furthermore, we continue to like [Under Armour]’s category exposure (bullish on athletic) and we like the work that CEO Patrik Frisk and the team have made to improve the operations of the company,” the analysts said in a note.