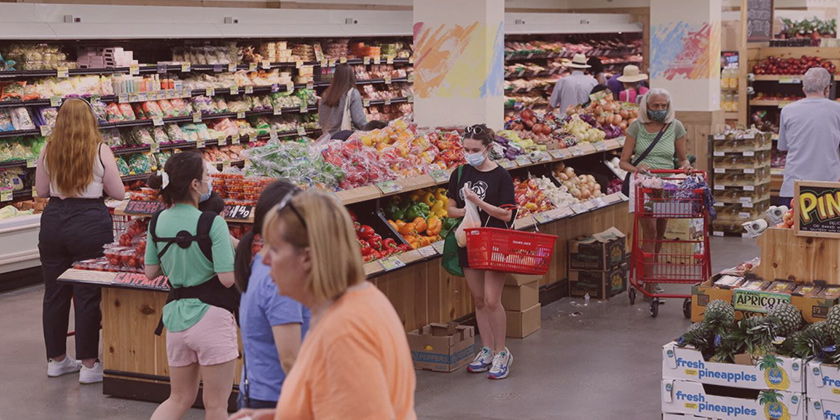 U.S. retail sales unexpectedly fell in May as motor vehicle purchases declined amid rampant shortages, and record high gasoline prices pulled spending away from other goods.

The first drop in sales in five months reported by the Commerce Department on Wednesday also suggested that high inflation was starting to hurt demand. It followed in the wake of major retailers like Walmart and Target cutting their profit forecasts because of cost pressures.

The weak retail sales did not divert the Federal Reserve from its aggressive monetary policy tightening path to bring inflation back to its 2% target. The U.S. central bank raised its policy interest rate by three-quarters of a percentage point, the biggest hike since 1994. [nL1N2Y12O3]

“The Fed will need to see a sustained period of weakness in domestic demand and likely labor markets before breathing a sigh of relief on the inflation front.”

Retail sales dropped 0.3% last month. Data for April was revised lower to show sales increasing 0.7% instead of 0.9% as previously reported. Economists polled by Reuters had forecast retail sales gaining 0.2%, with estimates ranging from as low as a 1.1% decline to as high as a 0.5% increase.

Retail sales are mostly goods, and are not adjusted for inflation. Sales rose 8.1% on a year-on-year basis and are well above their pre-pandemic trends, supported by massive savings and rising wages from a tight labor market.

The decline in monthly retail sales was led by receipts at auto dealerships, which dropped 3.5%, the largest fall in nearly a year, after increasing 1.8% in April. China’s zero COVID-19 policy has exacerbated a global semiconductor shortage.

Clothing store sales edged up 0.1%. Food and beverage stores sales increased 1.2%. Sales at service stations surged 4.0%, driven by record high gasoline prices. The national average price of gasoline hit an all-time high of $4.439 per gallon in May, according to data from the U.S. Energy Information Administration. Prices at the pump are about $5 per gallon.

The National Retail Federation said the weak sales reflected consumers’ growing concerns about inflation and underscored the need for the White House to scrap tariffs on Chinese goods.

“Retailers are doing what they can to keep prices down, but we continue our call on the administration to repeal unnecessary and costly tariffs on goods from China to relieve pressure on consumers,” NRF president Matthew Shay said.

The economy’s waning fortunes were also highlighted by a separate report from the New York Fed showing manufacturing activity in New York state remained weak in June, with

order backlogs declining for the first time in over a year.

Confidence among single-family homebuilders dropped to a two-year low this month, a third report showed.

Stocks on Wall Street were higher. [.N] The dollar gained versus a basket of currencies. [FRX/] U.S. Treasury prices rose. [US/]

SERVICES BACK IN VOGUE

The decline in retail sales also reflected a gradual rotation of spending from goods to services. Receipts at bars and restaurants, the only services category in the retail sales report, increased 0.7%.

Data from freight forwarding and customs brokerage company Flexport suggested consumers’ preferences for goods could fall back to levels seen during the summer of 2020 in the third quarter of this year.

“It’s possible consumers reached a saturation point for goods spending and are now shifting towards higher leisure spending heading into the summer months,” said Will Compernolle, a senior economist at FHN Financial in New York.

Excluding automobiles, gasoline, building materials and food services, retail sales were unchanged in May. Data for April was revised down to show these so-called core retail sales increasing 0.5% instead of 1.0% as previously reported.

Core retail sales correspond most closely with the consumer spending component of gross domestic product. While consumers are spending more on services, May’s weak retail sales and the downward revisions to April data suggested consumption was slowing in the second quarter.

The Atlanta Fed slashed its second-quarter GDP estimate to zero from a 0.9% annualized rate. JPMorgan lowered its forecast to a 2.5% rate from a 3.25% pace. The economy contracted at a 1.5% rate in the first quarter.

But with retail sales accounting for about 40% of consumer spending, they could be overstating the degree of slowdown in consumption.