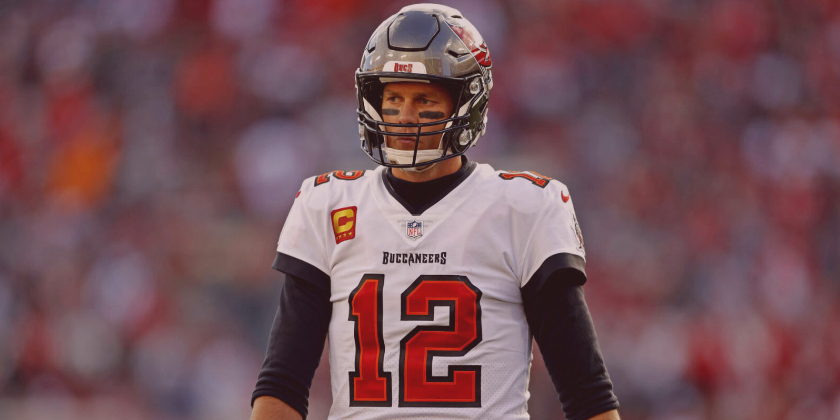 At age 44, Tom Brady’s popularity in the NFL is as strong as ever. Over the past year, Brady merchandise outsold any other NFL player, according to the NFL Players Association. Brady topped the list of NFL player merchandise sold from March 1, 2021, to February 28, 2022.

This marks the fifth time and the second straight year that Brady has led all NFL players in merchandise sales. This is also the second straight year that Chiefs quarterback Patrick Mahomes has finished second behind Brady. All told, nine of the top-10 NFL player merchandise sales leaders were quarterbacks, with the outlier being 49ers tight end George Kittle.

Despite the star power at the position, Lamb is the only receiver to crack the top-15. Ja’Marr Chase, the Bengals receiver and reigning Offensive Rookie of the Year, finished No. 17 on the list. Chase was one of a record nine rookies that cracked the top-50 in jersey and merchandise sales. Jones, Fields, Chase, Steelers running back Najee Harris, Cowboys linebacker Micah Parsons, Jaguars quarterback Trevor Lawrence, Eagles wideout DeVonta Smith, 49ers quarterback Trey Lance, and Jets quarterback Zach Wilson were the most popular rookies at retail.

Recently-retired quarterback Ben Roethlisberger was one of several other players who led all sales of memorabilia from Highland Mint. Brady, Burrow, Allen, Kittle, and Mahomes had the most popular jersey cumulative sales. This year marked the first time that Colts running back Jonathan Taylor and 49ers receiver Deebo Samuel finished in the top-50 in jersey and merchandise sales, coming in at No. 40 and No. 43, respectively.