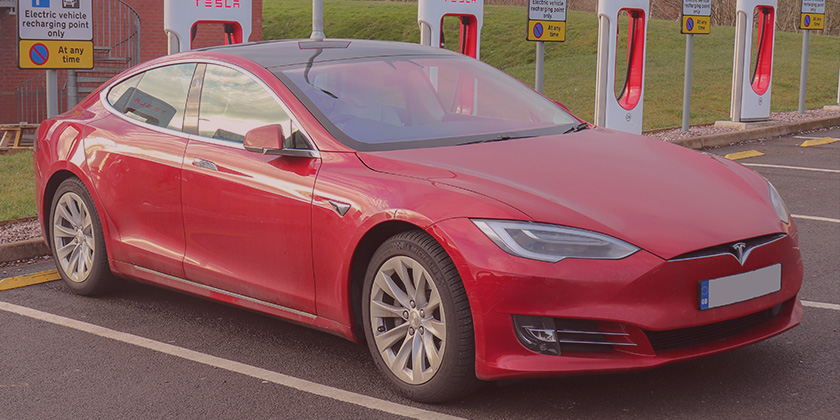 The EV maker sold 1,512 vehicles in mainland China last month, down 98% from March, according to data from the China Passenger Car Association. Tesla’s production in the country also slid 81% to 10,757 vehicles in April, compared with 55,462 in March.

Tesla didn’t export any Shanghai-made vehicles in April, compared with 60 exported in March.
The plunge comes as tens of millions of people in at least 31 cities have been under lockdown for weeks, causing massive supply chain disruptions and hitting consumer spending in the world’s second-largest economy.

It’s a stark turn for Tesla after a strong start to the year in mainland China. Tesla was the top seller of electric vehicles in the country in March, delivering 65,184 cars from its Shanghai factory. That number was up 15% from February, as consumer demand for EVs remains strong even during the pandemic.

But its production and sales took a huge hit in April when the government shut down Shanghai and many other cities to control the spread of the virus.

Tesla’s Gigafactory was closed for weeks last month, and only recently managed to restart production. But it appears to have hit another snag.

On Tuesday, Reuters reported, citing unidentified sources, that Tesla had halted most production again due to issues with suppliers. The company did not respond to a request for comment.

“I had conversations with the Chinese government in recent days and it’s clear that the lockdowns are being lifted rapidly,” Musk said Tuesday at a virtual car conference organized by the Financial Times.

“So I would not expect this to be a significant issue in the coming weeks,” he said.

Not everyone shares Musk’s optimism. Shanghai has been under a lockdown since late March, and it’s not clear when the restrictions will fully lift.

Authorities in the city further tightened restrictions over the weekend, after President Xi Jinping pledged to “unswervingly” double down on the zero-COVID-19 policy.
Other automakers also reported a steep slowdown in sales and production for last month.
Toyota (TM) said Tuesday that it has suspended operations of 14 production lines at eight plants in Japan, from May 16 to May 21, because of the parts shortage resulting from the lockdown in Shanghai.

The company’s global production would be reduced by 50,000 units for May because of that, it added.

“The shortage of semiconductors, the spread of COVID-19, and other factors are making it difficult to look several months ahead.”

Another Japanese automaker, Nissan Motor (NSANY), reported Monday that its China sales were down 46% in April from a year ago.

“We witnessed a continued impact on vehicle production and sales in April due to ongoing semiconductor shortages, supply chain disruptions, and lockdown in key regions and cities from the spread of COVID-19,” said Shohei Yamazaki, senior vice president of Nissan and chairman of the company’s management committee for China.

“As the values of Chinese ADRs and domestic stock market have both declined, and the services sector remains sluggish, people’s incomes have fallen during the pandemic,” the association said. ADRs are securities issued by Chinese firms listed in the United States.

“The purchasing power on the car market has been damaged, and consumers’ willingness to buy a car has dropped,” it said.

The industry group also acknowledged that there has been a “significant impact” on supply chains from the lockdowns in Shanghai and Changchun, as the two cities are major manufacturing bases for key parts in the auto industry.

In Shanghai, five major auto manufacturers recorded an average 75% drop in production in April from the previous month. In northeastern Changchun, big automakers saw their production fall 54% during the same period.

On Wednesday, separate data from the China Association of Automobile Manufacturers, another major industry association, showed that the country’s overall car sales slumped 46% in April from March, reaching 1.2 million vehicles. It was the lowest April figure in a decade.

But the association expects demand to pick up in May, as the peak of the COVID-19 outbreak has passed and supply chains are gradually returning to normal.

Retail sales of new energy vehicles—which include EVs and plug-in hybrids—dropped 37% from March, “different with all the other Aprils in history,” the CPCA said. But the demand is expected to rise again and remains strong in the near term.

“Under the current environment, self-driving travel has become the first choice. Affected by high oil prices, more people will choose to buy new energy vehicles,” the association said, adding that electric vehicles’ sales will rebound strongly this month from April.