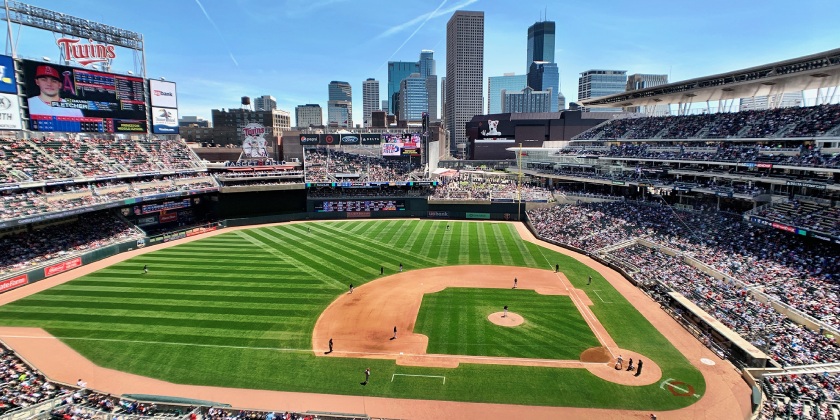 We’ll see plenty of change in downtown Minneapolis in 2023: Besides the already-announced changes to Target Field for the MLB season, the Minnesota Twins are embarked on an offseason rebranding exercise.

The 2023 changes are relatively modest in the grand scheme of things, but certainly impactful to the game experience: an expansion of the outfield videoboard, a two-year project that began this year with an upgrade to the Target Field control room. The new videoboard is 76 percent larger than the current board. Also part of the 2022-2023 upgrade: new turf, The videoboard upgrade will cost $33 million–$7.6 million for replacing the control room, the rest for the actual videoboard from Daktronics.

And, given that the Twins usually implement some other sort of ballpark upgrade annually, we’ll probably see more Target Field upgrades in 2023.

Those aren’t the only change for Twins fans in 2023, as Dave St. Peter shared the news that the Twins are embarking on a rebranding for the season. He didn’t really share too many details, just promising the team would have a new look for the campaign, per the Star Tribune:

The team did overhaul its main logo in 1987 along with cap and jersey designs, but since then have introduced tweaks on both old and new designs; for instance, the beloved blue uniforms returned in 2020, a Kasota Gold trim was added to caps, and the team brought cream-colored uniforms during the move to Target Field as well. But the elements, by and large, have stayed the same.