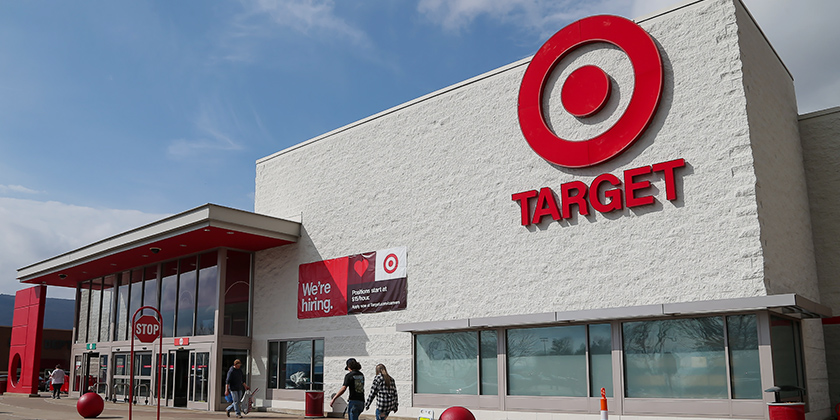 Stock futures fell Tuesday after Target issued a warning about its current quarter’s profits, stoking fears of a potential recession.

Target shares fell 7% after the retailer announced plans to work down excess inventory. The company said it will implement additional markdowns to products and cancel some orders. Target also lowered its operating margins guidance for the quarter. Walmart shares followed Target lower, sliding 3%.

Major retailers have delivered mixed results and outlooks in recent weeks, adding to stock market volatility as investors try to determine if they signal the start of a potential recession or a simple shift in consumer spending.

“Overall positioning appears to be skewed only modestly toward defense. Our sense is that the shift toward non-cyclicals and high quality will accelerate as recession odds increase in the months ahead. That said, with many investors apparently trying to time recession, U.S. equity markets are likely to remain prone to big upside and downside rips,” Chris Senyek of Wolfe Research said in a note to clients on Tuesday.

All three of the major averages finished slightly higher Monday. The Dow finished the day up about 16 points, or less than 0.1%, after jumping more than 300 points earlier in the day. The S&P 500 added 0.3%, and the tech-heavy Nasdaq Composite advanced 0.4%.

The indexes on Monday gave back most of their gains from earlier in the day as the 10-year Treasury yield spiked up to 3% and hit its highest level in nearly a month.

Sentiment was largely muted Monday, with no U.S. economic data releases and a quiet Federal Reserve in its blackout period. There were also no earnings reports for major companies.

Investors are still assessing whether the recent bounce in stocks is a bear market rally or has the market reached a bottom from this year’s sell-off.

“Since the beginning of the year we’re seeing an altitude sickness when you look at the valuation multiple,” said Ed Yardeni, president at Yardeni Research. He spoke on CNBC’s “Closing Bell: Overtime.”

“To a large extent, clearly, with the benefit of hindsight, the market was overvalued,” he said. “A lot of that was in the negative cap seat, big cap names, related companies. I think we’ve seen a tremendous correction in that area. And now the question is whether the market can accept the kind of earnings expectations that analysts are delivering and whether those expectations will be correct.”

Investors are still following what is a lighter week in company earnings. Shares of United Natural Foods were rising in premarket trading after the wholesale company beat expectations for its fiscal third quarter. However, food stock J.M. Smucker was under pressure after its quarterly report.

In economic data, May’s consumer price index reading is the big one investors are focused on, which is due out Friday. If the reading is cooler than April’s numbers, as expected, some could interpret it as a sign that inflation has peaked.