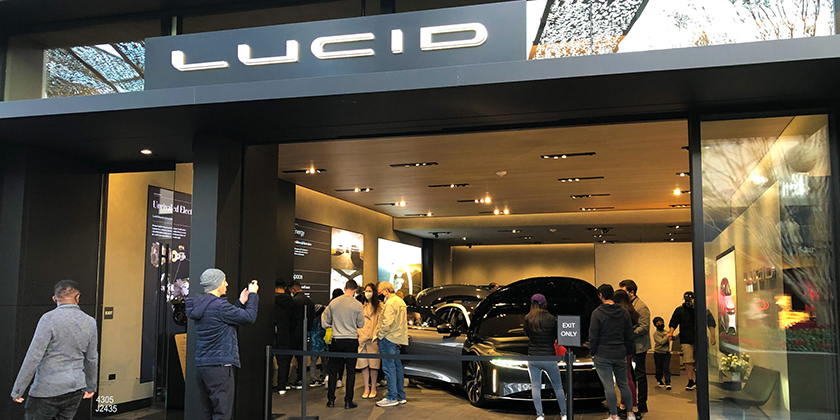 Lucid has opened its 27th North American studio in Denver, Colorado at the Cherry Creek Shopping Center and Tesla may open a new collision center in Cherry Hill, New Jersey.

The direct-to-consumer sales model both companies operate under has been opposed in some states and welcomed in others.

In Georgia, a bill that would have allowed EV manufacturers to sell directly to consumers failed to make it out of committee. In Oklahoma, the House Business and Commerce Committee recommended approval of a bill in March that would prohibit direct sales models from operating in the state without having a direct shipper license but no other action was taken before the session adjourned. Connecticut passed legislation in favor of direct sales that will become effective Oct. 1.

In Mississippi, both the House and Senate passed their own versions of a bill to prohibit the sales model. However, the House declined to concur with the Senate’s amended bill on March 17 so it was referred to a conference committee of legislators from both chambers. The bill died in conference.

USWU Local 355 Political Director and Business Agent Connor Shaw told Repairer Driven News that while the unions support the environmental sustainability that an EV future could bring, that’s not what the bills seek to implement. Local 355 represents more than 1,000 New York automotive repair and sales workers. Shaw as well as Tesla, Rivian, Lucid, and other groups testified during a New York State Assembly hearing in November against and in support of the bills.

“This is not a bill that’s going to sell any more electric vehicles. It’s a handout to three companies — Tesla, Rivian, and Lucid,” Shaw said. “All of them couldn’t say why they can’t sell under the dealership model, just that they didn’t want to and, frankly, that’s not a good enough reason to undermine a system that’s been in the state for decades that provides stability.”

The EV OEMs would be able to sell as many vehicles as they’d like in any state if they operated under franchise dealer models, he said. The bills weren’t voted on before the session adjourned on June 2.

As for the new Lucid Studio, the OEM says each location offers a “digitally oriented luxury experience tailored to each customer’s preferences” for in-person visits, online inquiries, or a combination of the two. Using a 4K virtual reality configurator, Lucid’s “Virtual Reality Experience” shows customers the interior finishes, materials, and exterior colors of the vehicles. One-on-one virtual appointments are also available through “Lucid Studio Live.”

“The state of Colorado’s ambitious plans to support the acceleration of widespread electrification closely align with our mission to inspire the adoption of electric vehicles,” said Zak Edson, Lucid sales and service vice president, in a news release. “The new Lucid Studio in Cherry Creek will provide excellent exposure to the Lucid Air in an area quickly growing in electric vehicle sales.”

More brick and mortar locations will open as Lucid expands its presence in North America and globally, according to the release.

Although Tesla hasn’t officially announced it, community blogger Mark Matthews reported last week on construction plans for a collision center by the OEM in Cherry Hill. Tesla currently operates a store and service center in the town off Route 70 West.