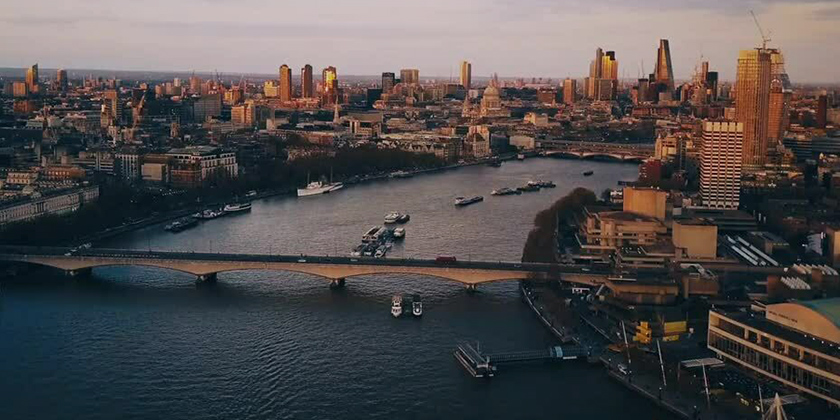 When Edwardian Hotels was going through one if its regular technology refresh cycles in early 2020, the firm realized it was lacking the means to seamlessly connect its various departments.

The company, which operates a chain of luxury hotels across London and Manchester, began looking for technology that would connect everything into one central system.

It would cover the whole guest life cycle from before they even heard of us, when they start looking to make a reservation all the way to after they leave our hotel. How can we make that journey very seamless, but also create visibility for our employees of that whole journey, not just the bit that concerns them.

When it came to selecting a technology partner, two things were crucial for Edwardian. One was the ease in connecting the hotel’s existing transactional systems into the platform, like the booking and spa systems, recalls Mrini:

Those systems have to remain as that’s where the first point of contact for the guest is. When they make a booking, that’s where data is first. To get that data very easily from so many different systems into one system was the number one priority.

Another priority was ease of configuration so employees would become less dependent on IT:

We created from within each department an administrator of their area and they didn’t have to have any IT knowledge. If marketing wants to do something today, they don’t have to get in touch with IT and say we want this kind of data and this screen. The way we have configured the platform they’re able to self-service.

Edwardian selected Salesforce on the basis that it could offer these core elements. The firm also wanted technology it could customize to fit its specific requirements, rather than having to compromise its strategy to accommodate the technology. Mrini explains:

Salesforce has the ability to be customized, that’s the beauty of it. It took time for us to reach a point where the Salesforce team became so familiar with our business and our vision that they were able to say, we see where you’re going, this is how we can do it. They were able to help us because we invested that time in educating them about our business and how we see things.

Previously, Edwardian was using its own in-house systems and was not using any Salesforce technology, adds Mrini, noting that he’s tracked the provider for a long time:

I met with Salesforce 20 years ago. At that time, I felt it wasn’t really ready for the vision we had for our business and our employees. I have been keeping an eye on it since then and they have made amazing progress and made CRM available to everyone. It’s no longer just sales and marketing, the whole customer 360 is what we were looking for.

Edwardian had actually identified Salesforce as the right tool to create the required connectivity and had just started some workshops with the tech vendor when the pandemic struck. Rather than hit pause, the company decided it was a great opportunity to drive ahead with the project and come out of the pandemic even stronger, he states:

We really worked tirelessly throughout lockdown with workshops every day, hours of configuration developments. We involved all the departments, including housekeeping, finance and food and beverage, and employees from all levels were coming to those workshops with Salesforce and our development team.

When we met with Salesforce, we said, ‘Just give us everything and we’ll figure out what to do with it!’. We’ve got everything we need to cover that whole customer lifecycle and to make sure we don’t leave any department out of that 360 loop.

The Salesforce deployment was up and running in about 12 months, which was the expected timeframe for a project involving so many different systems and huge amounts of data. The end result proved very intuitive and users accepted it more quickly than any other system Edwardian had implemented before. This was partly due to the Salesforce applications looking like the systems staff were already using, such as social platforms.

The main benefit the hotel group has seen so far is speed of execution. Whether it’s a marketing decision, a campaign or a guest birthday that the service team need to know about to prepare a surprise cake – the execution of all that has become faster, says Mrini:

The data and the tools make it quicker than having to contact IT and say, we want to analyze this data and give us every guest who stayed with us last year and spent more than £500 and bought champagne. They’re able to do that themselves, they don’t need the data analyst.

Every employee now has that complete view of guests, which was another objective for the project and something that was previously a struggle. Staff can now see the whole customer journey in one screen, and not just when a customer reaches or contacts the team member directly.

Looking ahead, there are plans to do more with AI and the firm’s virtual host Edward, first launched in 2016, which has won many awards. Mrini is keen to connect  Edward with his Salesforce counterpart, Einstein:

“I want Edward to meet Einstein and start cooperating together. So more focus on AI to help our guests and our employees, not to take over.