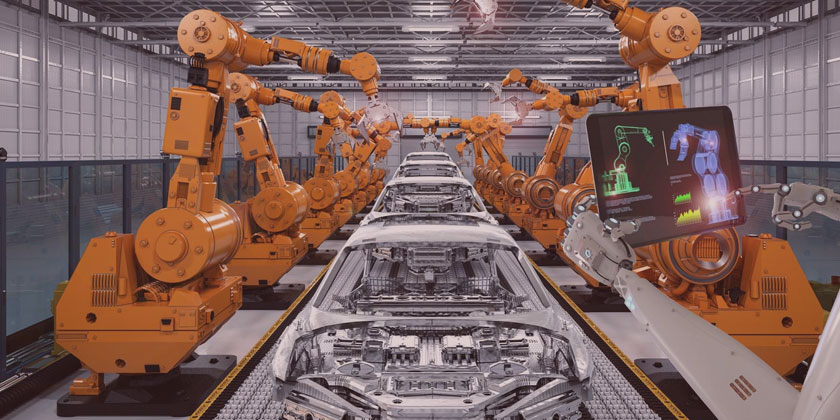 As employers around the country seek ways to fill labor gaps, many are increasingly turning to the assistance of automated technology and robots.

While pivoting to automation is certainly not a new phenomenon, it’s become a salve for companies struggling to meet demand in a recent tight market, the Wall Street Journal reported. Robot orders increased 40% in the first quarter of 2022, and were up 21% overall in 2021, according to the Association for Advancing Automation, driving the industry to an estimated value of $1.6 billion.

“People want to remove labor,” Ametek Inc. CEO David A. Zapico told Bloomberg in November, noting that the automatic equipment company had been “firing on all cylinders” to meet demand.

Robots are providing at least a temporary solution for businesses confronted by difficulty hiring in the tightest job market since World War II, marred by the pandemic, record-high quitting rates, and vast economic turmoil.

In March, US job openings reached a record high of 11.5 million, and some experts have predicted the labor crisis may last for several years. The shortages have already had significant impact on everything from air travel to retail, as companies are forced to reduce output with less resources.

Advanced technology, however, is allowing machines to assist a growing number of industry sectors, while at the same time becoming more accessible.

“The robots are becoming easier to use,” Michael Cicco, chief executive officer of industrial robot provider Fanuc America, told the Wall Street Journal. “Companies used to think that automation was too hard or too expensive to implement.”

But as robot usage climbs, some have expressed concern about the machines displacing human workers as the labor crisis eventually eases.

“Automation, if it goes very fast, can destroy a lot of jobs,” Daron Acemoglu, an economics professor at Massachusetts Institute of Technology, told the Journal. “The labor shortage is not going to last. This is temporary.”