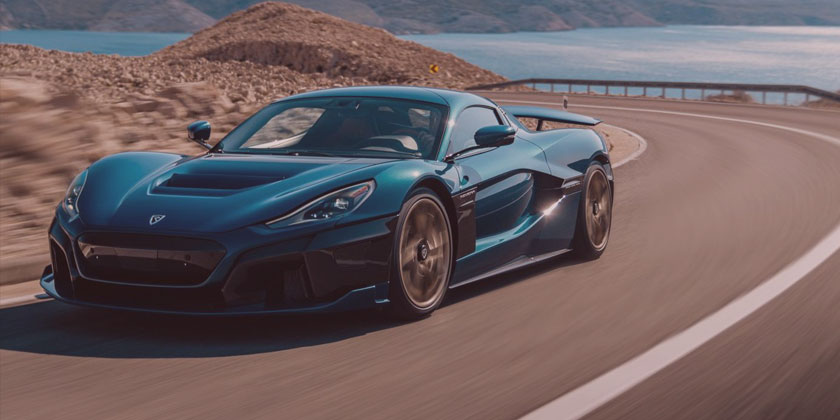 Porsche is strengthening its ties with Rimac, an electric supercar company, by participating in a $500 million investment round for the Croatia-based startup. Porsche didn’t disclose the exact amount it invested in Rimac, except to say it was “eight figures.” And Porsche won’t have a controlling interest in Rimac, retaining its previously disclosed 20 percent equity stake in the company.

Over the years, Porsche has grown closer to Rimac, buying shares in the company and setting up a joint venture to run Bugatti after Volkswagen transferred ownership to the startup. Today’s investment news is the latest indication that Porsche has a positive perception of Rimac’s future. Porsche also owns a controlling stake in Greyp, an electric mountain bike company also founded by Rimac’s CEO, Mate Rimac.

“We’re delighted that Rimac has gained prominent new investors, and we are optimistic about the continued development of this exciting company,” says Lutz Meschke, deputy chairman of the executive board of Porsche AG and member of the executive board for Finance and IT. Other investors include SoftBank’s Vision Fund 2 and Goldman Sachs Asset Management.

Rimac was founded in 2009 by Mate Rimac in a garage as a one-person operation. Over the last few years, the company has become a highly desirable brand, with many legacy automakers calling upon the startup to help build their own electric supercars, including Porsche, Hyundai, and Bugatti.

It’s not much of a question why that is. Last year, Rimac released the Nevera, a quad-motor, 1,914 horsepower demonstration of electric absurdity, with a top speed of 258 mph and an ability to leap from 0–60 mph in less than two seconds. The Nevera is expected to be the fastest sports car ever made, a title previously held by the Bugatti Chiron.

With the new funding, Rimac plans to hire 200 additional employees in 2022 and invest in expanding its production capacity for “high-volume projects.” Rimac is a low-volume manufacturer, currently only churning out a handful of vehicles each month. The company has set a limit for the Nevera of 150 units.

Nonetheless, Rimac has “ambitious growth plans for the coming years,” Mate Rimac said in a statement while thanking Porsche for the vote of confidence.