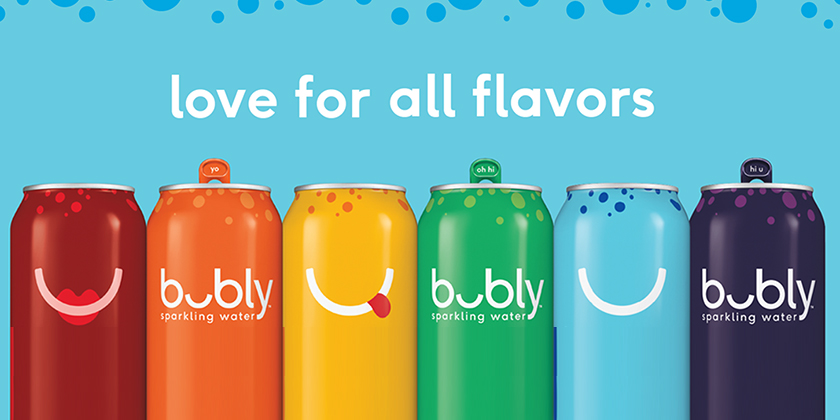 Bubly is using Pride as a platform to illustrate concepts that are significant to the LGBTQ community: Safe spaces — the bars, restaurants, and other venues where people feel most comfortable being their true selves — and chosen families made up of the nonbiological bonds many LGBTQ consumers form when their actual family may be less accepting or understanding of their identity.

“Coming Home” depicts this process in action, with McPherson’s Jac initially feeling uncomfortable exploring a club solo before being welcomed by the regulars. The video is soundtracked by the Muna single “Home by Now,” which will appear on the band’s self-titled album landing on June 24. Actress Kimia Behpoornia, drag artist Eureka O’Hara and actor Brandon Flynn are also featured in the campaign.

LGBTQ safe spaces are often where chosen families take root, but many of those businesses have struggled with the impact of COVID-19 and labor shortages.

Beyond the content play, Bubly’s campaign seeks to provide financial support to locations in need of aid. The PepsiCo marketer is working with SIGBI, a nonprofit organization inspired by the iconic Stonewall Inn in New York City, on a relief initiative. The sparkling water label is also allocating grants to specific local hangouts including The Apartment Lounge of Grand Rapids, MI; InCahoots Nightclub of Jacksonville, FL; Boycott Bar of Phoenix, AZ; and South Press Coffee in Knoxville, TN.

Bubly in the press release noted that safe spaces, along with serving as a way to meet like-minded peers, can provide a haven for LGBTQ consumers trying to avoid discrimination or harassment. The brand did not directly address the wave of anti-LGBTQ legislation currently sweeping the U.S., a movement that’s led to a recent uptick in harassment of LGBTQ people.

Since its launch in 2018, Bubly has frequently deployed Pride-themed marketing pushes. In June 2020, when in-person celebrations were shut down due to COVID-19 precautions, the brand hosted a virtual Pride parade that crowdsourced videos from platforms like TikTok and Instagram. It has also championed drag performers with a #DragForAllFlavors campaign and worked on programs like “RuPaul’s Drag Race.”

Other marketers are spotlighting a chosen family concept for Pride 2022. Converse, the sneaker brand, worked with dozens of young creatives on a digital gallery for a “Found Family” campaign that debuted in May.