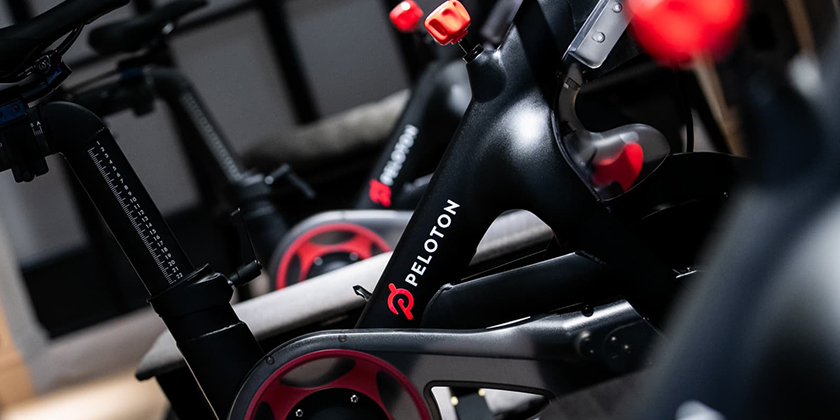 Peloton is introducing a brand refresh that deploys popular instructors from its connected fitness platform to perk people up, according to a news release.

“Motivation That Moves You” doubles as the name of the new ad campaign and the company’s first tagline. The work was developed with agency partner Mother LA and features videos in which instructors Rad Lopez, Jess Sims, Adrian Williams, and Cody Rigsby give pump-up speeches to a variety of audiences, from an ’80s boardroom to a medieval village.

Media is targeted at North America with 60-, 30- and 15-second spots covering TV, digital, social media, and over-the-top streaming. Peloton is also running out-of-home placements and other activations as it looks to emphasize the strength of its community during a rough period for the business.

Peloton is shifting messaging gears to center on a simple concept that is at once familiar and difficult to maintain for those pursuing an active lifestyle: motivation. In new ads, the brand leans on the appeal of its star instructors to show why they keep its user base engaged for the long haul.

Instructors are a core part of Peleton’s appeal — many have found wider success as social influencers and spokespeople — but Peloton has never used them in this way for its marketing. Spots place the talent in cinematic scenarios outside the classroom, including with audiences in a scene from a thriller and among a village of downtrodden medieval peasants. The connected fitness marketer cited internal data that 92% of households that join Peloton retain an active subscription 12 months later, a figure positioned in the announcement as a “stark contrast” to the rest of the industry.

A spotlight on community loyalty follows a volatile period for the bike and treadmill manufacturer, which is in desperate need of a turnaround. Earlier in the pandemic, Peloton reaped the rewards of an at-home fitness boom as gyms shuttered due to COVID-19 precautions. There was a point not too long ago where it culled media activity amid soaring sales. Then, the world started to reopen and troubles quickly became apparent.

Peloton earlier this year halted production on some of its pricey fitness equipment as warehouses filled with unsold inventory. Co-founder and CEO John Foley stepped down not long after, replaced by Spotify and Netflix vet Barry McCarthy. The company has since raised subscription fees and cut the price of its hardware. Wall Street has not signaled confidence in the revitalization effort as Peloton prepares to report its first earnings results under new management on Tuesday, per CNBC.

Beyond the bottom-line troubles, Peloton has seen its marketing take some unfortunate turns. After fan-favorite character, Mr. Big was killed off in the “Sex and the City” streaming revival late last year, the brand moved quickly to work actor Chris Noth into an ad referencing the controversial twist. It was the type of agile creative play that tends to draw accolades from adland but immediately saw its traction vanish after Noth was accused of sexual assault by multiple women.

“Motivation That Moves You” represents a pivot to something more straightforward and potentially less risky for Peloton. In February, as its woes started to pile up, the brand ran stark black-and-white ads tracking the journey of converted skeptics who once viewed the service as overpriced or a scam. The latest push foregoes acknowledging criticisms past or present.