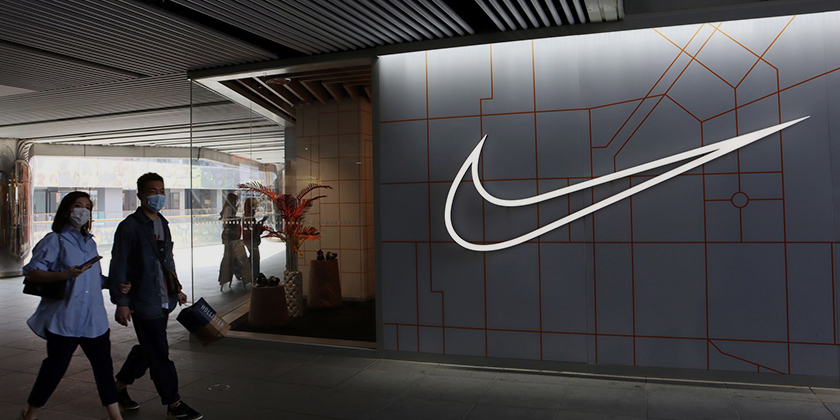 Geographically, Greater China weighed on Nike’s results, with sales down 19% in the quarter. It was the only region to post an annual sales decline. COVID-related lockdowns impacted 60% of Nike’s business in the area, Chief Financial Officer Matt Friend said on a call with analysts.

CEO John Donahoe brushed off concerns about Nike’s business in China, saying the region is still “a growth market with significant potential to unlock.” The company is launching China-specific commerce and activity apps in the next six months to better connect with shoppers.

Despite trouble in China and continued high supply chain costs — Nike is still spending five times what it did pre-pandemic to ship products — Nike’s sales in the fourth quarter were effectively flat. That’s compared to 96% revenue growth the previous year.

The retailer did not meet its initial sales goal, set a year ago, of hitting $50 billion in revenue for the year, but GlobalData Managing Director Neil Saunders said in emailed comments that the results were “reasonable.” Trends in China are improving, according to Wedbush analysts Tom Nikic and Ezra Weener, but “there’s now excess supply in the marketplace,” which could lead to high discounting in the region.

Some other signs don’t bode as well for the athletics giant, according to Saunders.

“The first of these is the 5% decline in revenues from the North American division – which is a powerhouse for Nike. Within this, footwear sales were down 6% and apparel sales fell by 5%,” Saunders said. “Some of this is down to very tough prior year comparatives, but we believe some is also down to a slowdown in underlying consumer demand which has been impacted by several dynamics.”

As the company battles inflation and other challenges to consumer behavior, Nike executives reiterated the company’s focus on DTC selling and its digital channels in particular. Digital in Q4 made up 24% of the business, and the company’s mobile apps now represent almost half of its total digital demand.

Nike is also investing further in sustainability, with Donahoe saying Monday that the brand plans to expand its local Nike Re-Creation program, which makes new products out of “vintage and obsolete products,” from its home base of Los Angeles to London and Paris in the next fiscal year. The brand has also created a new material that “significantly reduces environmental impact through fewer carbon emissions and by not using water or dyes.” It is neither a knit nor a woven material, and the first products using the material will launch in September, Donahoe said. He added that the material “has the potential to change the apparel industry.”

Although Nike remains “in an excellent place,” according to Saunders, the company is losing some of the tailwinds that have powered the brand over the past year and a half.

“They are doing so at a time when the competitive landscape is becoming somewhat tougher with Under Armour on the front foot and players like Lululemon making more of a play in footwear,” Saunders said. “Individually, none of these things are a major threat to Nike; however, collectively they mean it will need to work harder to gain share.”