Macklowe Collection Reaches US$922.2 Million Across Two Sales | The Salesmark 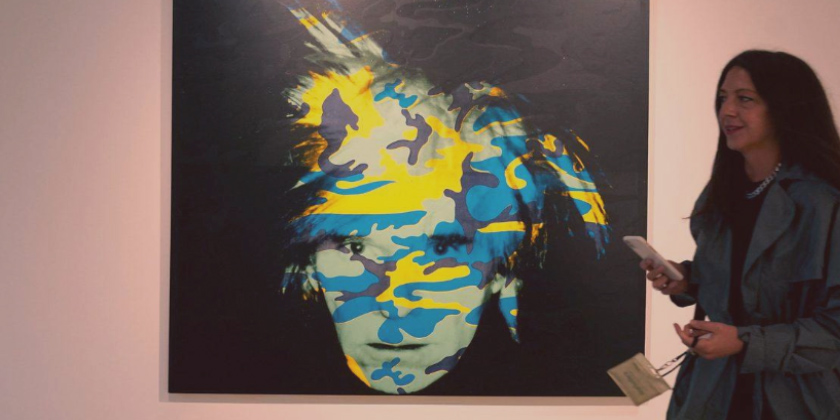 The second part of the art collection formed by real-estate mogul Harry Macklowe and his former wife, Linda over five decades achieved US$236.4 million on Monday night at Sotheby’s in New York, bringing the total for the collection—the majority of which was sold in November—to more than US$922.2 million.

The total of the combined sales makes the collection the most valuable sold at auction, according to Sotheby’s.

Except brisk bidding for works by Roy Lichtenstein, Willem de Kooning, Agnes Martin, and Mark Rothko, the sale at Sotheby’s York Street headquarters in Manhattan moved quickly. Of the 30 lots in the sale, all were guaranteed and more than half had irrevocable bids by a third party.

“This sale felt all business,” Erica Samuels, principal, Samuels Creative & Co., an art advisory firm in New York, said after the auction. Having told the story of five decades of collecting masterpieces of the 20th century, it was now time to “find the right people to become caretakers of these incredible works.”

The first 35 words in the Mucklow Collection were sold in November in a standalone auction that realized US$676.1 million, with several individual works selling more than US$50 million each.

The second part was estimated to achieve between US$167.6 million and US$236.4 million. Before fees, the sale totaled US$208 million. Both parts were ordered by a court to settle the former couple’s divorce.

The biggest price tag of the evening was for Mark Rothko’s Untitled, 1960, an introspective piece with a dark color palette of burgundy, navy, and dark purples. The 70.25-by-74.5 inch work sold for US$48 million, with fees, after five minutes of bidding, at the high end of an estimated range between US$35 million and US$50 million.

The November Macklowe sale had included the sale of a Rothko’s No. 7, 1951, an earlier brightly colored work, that had achieved US$82.5 million, with fees.

Gerhard Richter’s monumental Seestuck (Seascape), 1975, sold quickly for US$31.2 million, with fees, within a presale estimate range, while Willem de Kooning’s Untitled, a 1961 massive abstract, 80-by-70 inches in size, evoking the beach from 1961, sold for US$17.8 million, above a US$10 million high estimate, after more than five-and-a-half minutes of bidding.

Roy Lichtenstein’s Mirror #9, 1970, the second lot of the night, saw the most spirited action, selling after more than eight minutes for US$6.1 million, with fees, four times a high presale estimate.

Monday evening’s sale was the first marquee auction in a week of sales at Sotheby’s that could realize more than US$1 billion; last week, Christie’s art sales totaled US$1.4 billion, including a US$195 million silkscreen of Marilyn Monroe for US$195 million.

The Macklowe sale also had a couple of works by Andy Warhol. An 80-inch square 1986 “fright wig” Self-Portrait of the artist sold for US$18.7 million, with the fees, in the middle of its pre-sale estimate range, while Hammer and Sickle, a 1976 silkscreen, sold for US$6.4 million, just above its high estimate.

Before the sale, Samuels had said she expected “no deals” in this auction of masterpieces of pop, expressionism, and minimalism. “Whether this will be because Sotheby’s did a good job pre-selling the lots or whether clients will show up to bid, we will find out,” she said in an email. “Last week Christie’s showed the market that there is still money out there for art as a hedge against the stock market—and that good provenance is very sexy.”