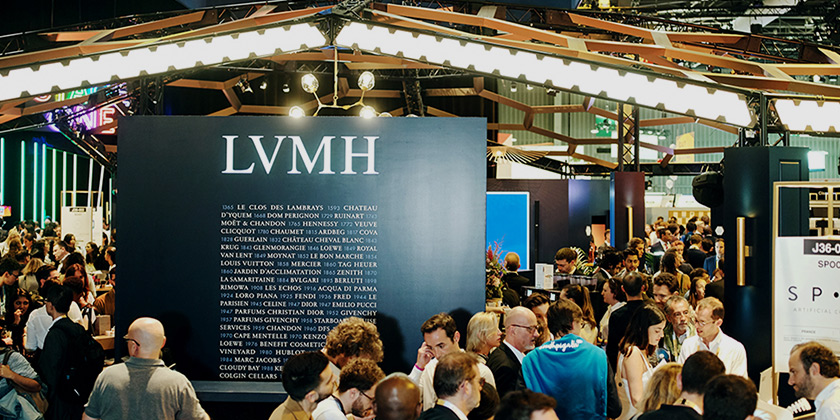 The deal delivers Moet one of the best-known California winemakers, famous for its red table wines and premium Insignia label, and deepens its foothold in the U.S., its largest market. The terms of the deal were not disclosed.

Moet Hennessy Chairman and CEO Philippe Schaus told CNBC the company had been looking around the world for larger winemakers that had the same dedication to quality, craftsmanship, and entrepreneurship as LVMH. Phelps, founded in 1973 by the pioneering winemaker Joseph Phelps, produces around 750,000 bottles a year and had the right mix of scale, brand, product offerings, and quality to add to the Moet Hennessy portfolio, Schaus said.

“It’s an iconic name and an iconic winery,” he said. “It’s important for us that we are acquiring a family business with a legacy and heritage. It’s super important that we keep that heritage.”

Phelps has become a staple of private wine cellars and steakhouses. Insignia, a Bordeaux-style blend, typically retails for at least $250 a bottle, depending on the vintage.

The deal comes as Moet Hennessy — whose dozens of brands include Dom Perignon, Moet & Chandon, Hennessy, Cloudy Bay, and Belvedere — continues to ride the surge in high-end champagnes, wine and spirits despite fears of recession and inflation.

Schaus said Moet Hennessy aims to serve “all the different moments of consumption” — from aperitifs, champagne, and fine dining wines to bars, clubs, and cocktails. The company’s Cloudy Bay brand covers white wines, and its Whispering Angel line offers a rose, but Schaus said, “we were missing a strong red wine.”

Moet Hennessy reported revenue of 1.64 billion euros for the first quarter, up 8% over 2021. Schaus said demand in Europe is “on fire” thanks in part to the return of European tourism.

“We’re seeing huge demand in Europe,” he said, “, especially in the resort towns and nightlife.”

In the U.S., Schaus said the company has seen a slight drop-off in demand in lower-priced segments. But high-end consumers — looking for premium-priced products — continue to buy for now. “The summer will be strong, people are traveling and consuming,” he said. “After the summer, we could see a different situation. It’s hard to predict inflation and prices.”

While Moet Hennessy was constrained by supply chain problems in the first quarter, Schaus said the company was able to “catch up” to many of those issues.

“We think this quarter will be very strong,” he said.

The high-end champagne shortage, however, is unlikely to end anytime soon, Schaus said.

Dom Perignon, Krug, and other pricey brands are increasingly hard to find at some retailers and restaurants since supply remains limited. Dom Perignon, for instance, ages for 10 years before it’s sold to the public, making it difficult to flex supply to meet exploding demand, Schaus said.

“Every bottle I will sell over the next 10 years is already in the cellar,” he said. “And Dom Perignon uses only the highest level of grapes, so we simply have more demand than nature can provide.”

Schaus also highlighted Armand de Brignac, the champagne brand co-owned by Jay-Z whose gold bottles have become fixtures at flashy parties and clubs. The brand. he said, is quickly catching on in nightclubs in Japan and the French Riviera and has “clearly exceeded our expectations.”

“With Armand de Brignac as well, there is just a limited supply,” he said.