Expansion of the Supercharging Network Lags Behind Tesla Sales? | The Salesmark 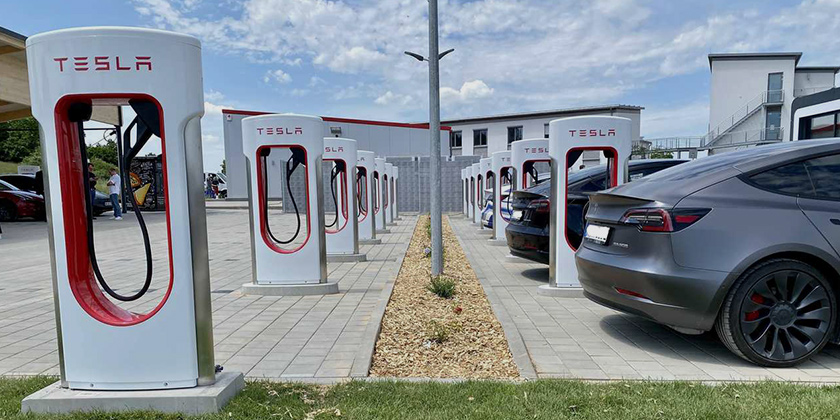 The Tesla Supercharging network, which started in September 2012, is one of the largest EV fast-charging networks in the world, but does it keep up with the load as Tesla car sales constantly increase?

Recently, the network expanded to 35,000 individual connectors (stalls), which are available exclusively to Tesla cars (with the exception of a pilot program for non-Tesla EVs in some European countries).

We have been carefully monitoring the expansion of the Superchargers quarter by quarter, which combined with sales data, allows us to check the relation between the number of Tesla cars on the road and Supercharging stations/stalls.

As it turns out, despite the strong growth of new Supercharging sites, the network is not expanding as fast car Tesla’s car sales.

Over 700 Tesla car per station, almost 80 per stall

From the Tesla driver’s perspective, a higher number of cars per station/stall means that the infrastructure becomes less available (a higher chance that most/all stalls will be occupied), especially at peak demand.

It might be partially offset by other factors, like a higher driving range of electric cars, higher charging power (shorter charging time), more available third-party charging infrastructure, cars removed from use, etc.

We don’t know what level is “normal”,” as this is a completely new business model and the situation is very dynamic. Tesla was known for a very robust charging network, so maybe it was scaled up in the beginning and now it is gradually adjusting to a commercially viable level?

The past quarters indicate an upward trend, towards 1,000+ cars per station and 100+ cars per stall. The 4-year quarterly average is respectively 986 and 98.

This is also an indicator for new markets – how many cars must be sold to convince Tesla to deploy a new station.

A very important question is what will happen if Tesla opens the network to non-Tesla EVs, not only in Europe, but also in North America and globally? Including non-Tesla EVs, there will be even more cars per station/stall.