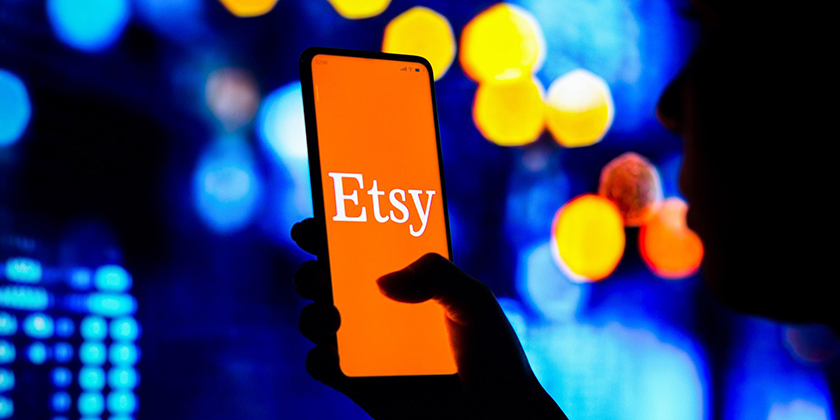 The online marketplace Etsy paid just £128,000 in corporation tax in the UK in 2020 despite racking up sales of $195.8m (£160m) as it funneled business through Ireland. The Brooklyn-based business would have been liable for corporation tax of almost £7m if it had booked all sales made in the UK at its local entity, Etsy UK, according to research by the campaign group TaxWatch. Instead, the vast majority of UK sales – the total of which are revealed in Etsy’s US stock market filings – are booked via an Irish company, where they attract a lower tax rate. The tactic is similar to that used by a string of US tech companies including Facebook, Google, Apple, and Microsoft. Amazon books much of its UK business via Luxembourg. There is nothing illegal about such structures but they raise ethical questions about where profits and tax are paid.

Etsy, which was listed on the US-based Nasdaq exchange in 2015, is liable for the UK’s digital services tax, which would have amounted to about £2.4m for 2020 according to TaxWatch, but that amount still falls far short of its calculation for corporation tax due if all UK sales had been registered here and not booked in Ireland. Since then Etsy’s sales surged by 68% in 2021 to $329m, hitting a level more than six times than booked in 2018. The group also snapped up the UK-based secondhand fashion site Depop in June last year, adding millions more of sales in this country to its books.

George Turner at TaxWatch said: “Despite Etsy’s ethical pretensions, it is in fact just another US tech company using the same tax structures as other US tech companies to move profit out of the UK and into tax haven Ireland.” Turner said Etsy’s current tax bill in the UK might fall even further as the digital service tax could be ditched under a global tax deal organized via the OECD. Etsy is unlikely to be liable for a planned OECD-backed global minimum corporation tax for global businesses with sales of more than €750m (£643m) – expected to be 15% of income.

Under the plans, companies that use tax havens will face an additional tax charge in their home country – the US in Etsy’s case. Under current plans, only businesses with a turnover of more than $20bn – compared with Etsy’s $2bn-$3bn – would be forced to pay additional taxes in the countries where they make their money. Etsy declined to comment on the details of TaxWatch’s calculation of its tax liabilities in the UK but it is understood the company did pay a digital service tax in the country in 2020 and 2021.