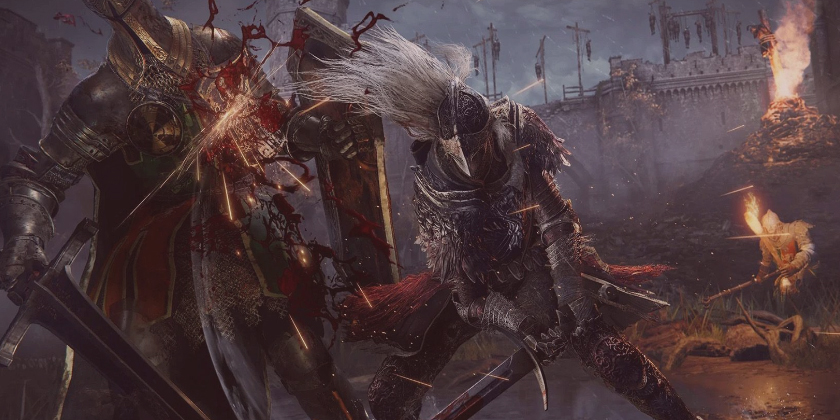 Despite being available for just half the time, the US lifetime sales of Elden Ring now beat those of Call of Duty: Vanguard. While Activision hasn’t unveiled any sales figures for their game, FromSoftware’s latest outing has also managed to beat the lifetime sales of nearby competitors on a worldwide scale.

Elden Ring is the best-selling game in the US in 2022 so far according to the NPD data, although it missed out on being the best-selling game of April 2022 due to the successful launch of LEGO Star Wars: The Skywalker Saga. FromSoftware’s latest title has now sold the most in the US in terms of dollar sales across the last 12 months, beating lifetime sales of games that have been out for much longer, such as Call of Duty: Vanguard. The full top 10 list can be seen below.

Publisher Bandai Namco confirmed in its recent earnings release that Elden Ring had managed to sell 13.4 million units worldwide by the end of March. This beats Pokemon Legends: Arceus’ lifetime sales of 12.64 million units. Neither Activision nor EA releases individual sales totals for their games but it is likely to have beaten close rivals Madden NFL 22 and Call of Duty: Vanguard there too.

Meanwhile, LEGO Star Wars: The Skywalker Saga became the best-selling game of April across Nintendo Switch, PlayStation, Xbox, and Steam. In fact, the game had the best-ever US launch of any LEGO title in terms of dollar sales and is just outside the top 5 LEGO games ever in terms of lifetime sales despite being out for just a single month. It even has the honor of being the first third-party title to top the Nintendo Switch chart since Monster Hunter: Rise back in March 2021.

In other news, Sony has released a partial list of games that’ll be included in the new PS Plus tiers when they launch in June, and the PlayStation and PSP classic games will even come with new features. Elsewhere, leaked screenshots were claimed to be from an upcoming Silent Hill game, especially after they were reportedly DMCA’d by Konami.